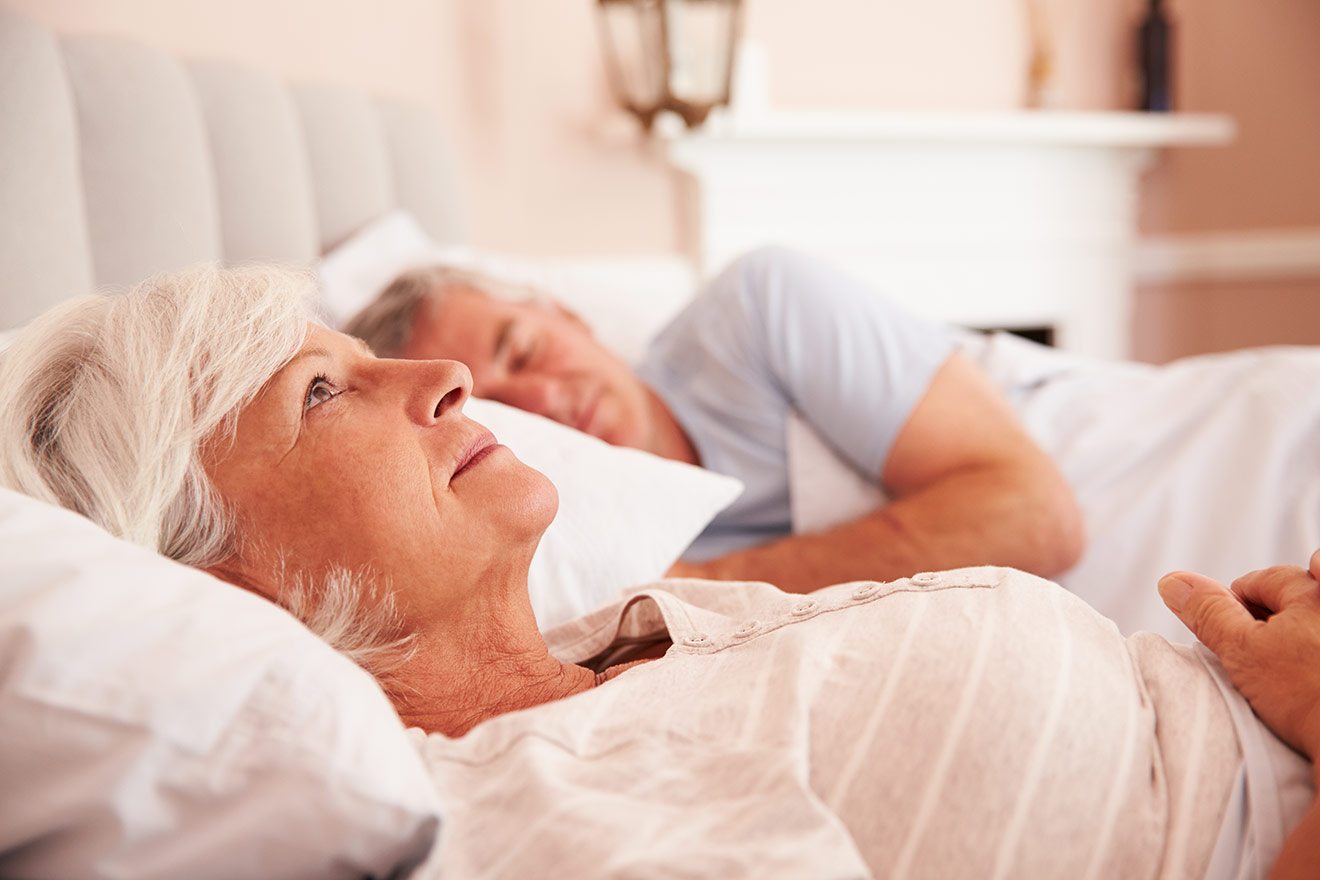 Joseph Cella has known for some time that he wasn’t getting enough sleep. He finally decided enough was enough.

“Things were just getting intolerable and I was completely sleep deprived,” said Joseph. “I had no short term memory any more. It all came to a head when my staff said I needed to get my irritability under control.”

Cella, who is 54 and practices immigration law, says he had two sleep studies performed in the past at sleep labs. But, they were uncomfortable, to say the least.

“Two sleep center studies I had were horrible. I couldn’t sleep naturally, with all the wires and the infrared cameras in the room watching me.”

Joseph was diagnosed with a sleeping disorder called sleep apnea – an involuntary cessation of breathing that occurs while a person is asleep. For a time, Joseph used a CPAP, also known as continuous positive airway pressure. CPAP is a treatment that uses mild air pressure to keep a patient’s breathing airways open.  But, Joseph found the mask to be uncomfortable and stopped wearing it.  Without treatment, Joseph’s symptoms continued.  People with untreated sleep apnea sometimes stop breathing hundreds of times during the night, often for a minute or longer.   In most cases, those affected don’t realize they’ve stopped breathing, because the stoppages don’t completely wake them up.

In 2013, sleep apnea went undiagnosed in the engineer of a commuter train that sped into a 30 mph curve at 82 mph and crashed in New York City, killing four people. The engineer had fallen asleep at the controls. In 2011, a deadly freight train crash in Iowa and another freight crash in 2013 Missouri have also been attributed to sleep apnea.

Joseph decided it was time to address his daytime sleepiness.  He learned about the Home Sleep Apnea Test (HSAT) and asked Dr. Villa if he was a candidate.  HSATinvolve tracking the patient’s heart rate, blood oxygen levels, air flow and breathing patterns.

“HSAT represent an easy and accurate means for detecting sleep apnea,” said Michael Horton, administrative director, Clinical Operations at HackensackUMC.  “They are far less cumbersome than the testing performed in a sleep lab which traditionally involves multiple wires, cameras, and numerous technologists.  By performing the testing in the patient’s own bedroom, the sleep is more natural and reflective of the patient’s real world sleeping conditions.”

Joseph says the home sleep test was by far the most comfortable.

“The home sleep test involved far fewer wires being attached my body.   I was able to get up in the middle of the night and go to the bathroom.”

What’s more, the results of Joseph’s HSAT were the same as the results in the two prior studies performed in sleep labs.  Joseph stopped breathing 28 times an hour. He now uses a CPAP regularly and advances in the design of face masks allow him to rest better.

“As the regional leader in sleep apnea testing, HackensackUMC, with its interdisciplinary team approach to patient center care,  uniquely incorporates clinically accurate technology with the ease and convenience of detecting sleep apnea in the comfort of the patient’s own home,” said Lisa Tank, M.D., vice president of Medical Affairs and chief of the Division of Geriatric Medicine at HackensackUMC.  “More than 1,500 patients have undergone a HSAT by HackensackUMC.  In many cases, home sleep testing is a more affordable means of detection when compared to studies performed in sleep labs.”

Dr. Villa says when used appropriately, a HSAT is great option for candidates who have a high probability of having sleep apnea, including patients who have been told by a partner that they snore and who have a body mass index (BMI) over 35. A home sleep study is not recommended for patients with significant cardiac, pulmonary or neurological disease, which could make the test results less reliable.

As for Joseph, he felt a major difference the morning after he used a CPAP for the full night.  And, other people have noticed the difference in him as well.

“Several people, who are not aware I use the CPAP have commented how my skin looks better. They tell me I look better, more youthful, even. I mentioned that to Dr. Villa and he said it’s because my skin is more oxygenated. I can get through the day much better. It has improved my life significantly.”

“After using the CPAP machine for two weeks, Joseph’s personality changed,” added Dr. Villa. “He got serious about treatment, after being told in the past he needed treatment. People with untreated sleep apnea are cranky and miserable because they don’t get a good night’s sleep. Once the problem is addressed, they are different people and they feel better.”

In addition to the Center for Sleep/Wake Disorders at HackensackUMC, the Center for Sleep Medicine at Raritan Bay Medical Center – Old Bridge also offers HSAT for the convenience of its patients.  For patients who do not qualify for HSAT, sleep centers can be found throughout the Hackensack Meridian Health network.

HackensackUMC, a 775-bed nonprofit teaching and research hospital located in Bergen County, NJ, is the largest provider of inpatient and outpatient services in the state. Founded in 1888 as the county’s first hospital, it is a part of the Hackensack Meridian Health family, one of the largest networks in the state comprised of 28,000 team members and more than 6,000 physicians. HackensackUMC was listed as the number one hospital in New Jersey in U.S. News & World Report’s 2016-17 Best Hospital rankings – maintaining its place atop the NJ rankings since the rating system was introduced. It was also named one of the top four New York Metro Area hospitals. HackensackUMC is one of only five major academic medical centers in the nation to receive Healthgrades America’s 50 Best Hospitals Award for five or more years in a row. The medical center is one of the top 25 green hospitals in the country according to Practice Greenhealth, and received 25 Gold Seals of Approval™ by The Joint Commission – more than any other hospital in the country. It was the first hospital in New Jersey and second in the nation to become a Magnet® recognized hospital for nursing excellence; receiving its fifth consecutive designation in 2014. HackensackUMC has created an entire campus of award-winning care, including: the John Theurer Cancer Center; the Heart & Vascular Hospital; and the Sarkis and Siran Gabrellian Women’s and Children’s Pavilion, which houses the Joseph M. Sanzari Children’s Hospital and Donna A. Sanzari Women’s Hospital, which was designed with The Deirdre Imus Environmental Health Center and listed on the Green Guide’s list of Top 10 Green Hospitals in the U.S. HackensackUMC is the Hometown Hospital of the New York Giants and the New York Red Bulls and is the Official Medical Services Provider to The Northern Trust PGA Golf Tournament. It remains committed to its community through fundraising and community events especially the Tackle Kids Cancer Campaign providing much needed research at the Children’s Cancer Institute housed at the Joseph M. Sanzari Children’s Hospital.