Due to insufficient evidence supporting its use, the breast cancer experts at John Theurer Cancer Center at Hackensack University Medical Center in New Jersey believe IORT should only be used in the context of a clinical trial, and are therefore not offering this therapy at this time. We’ve assembled this information to help you understand why, and to learn what forms of radiation therapy we offer for breast cancer. 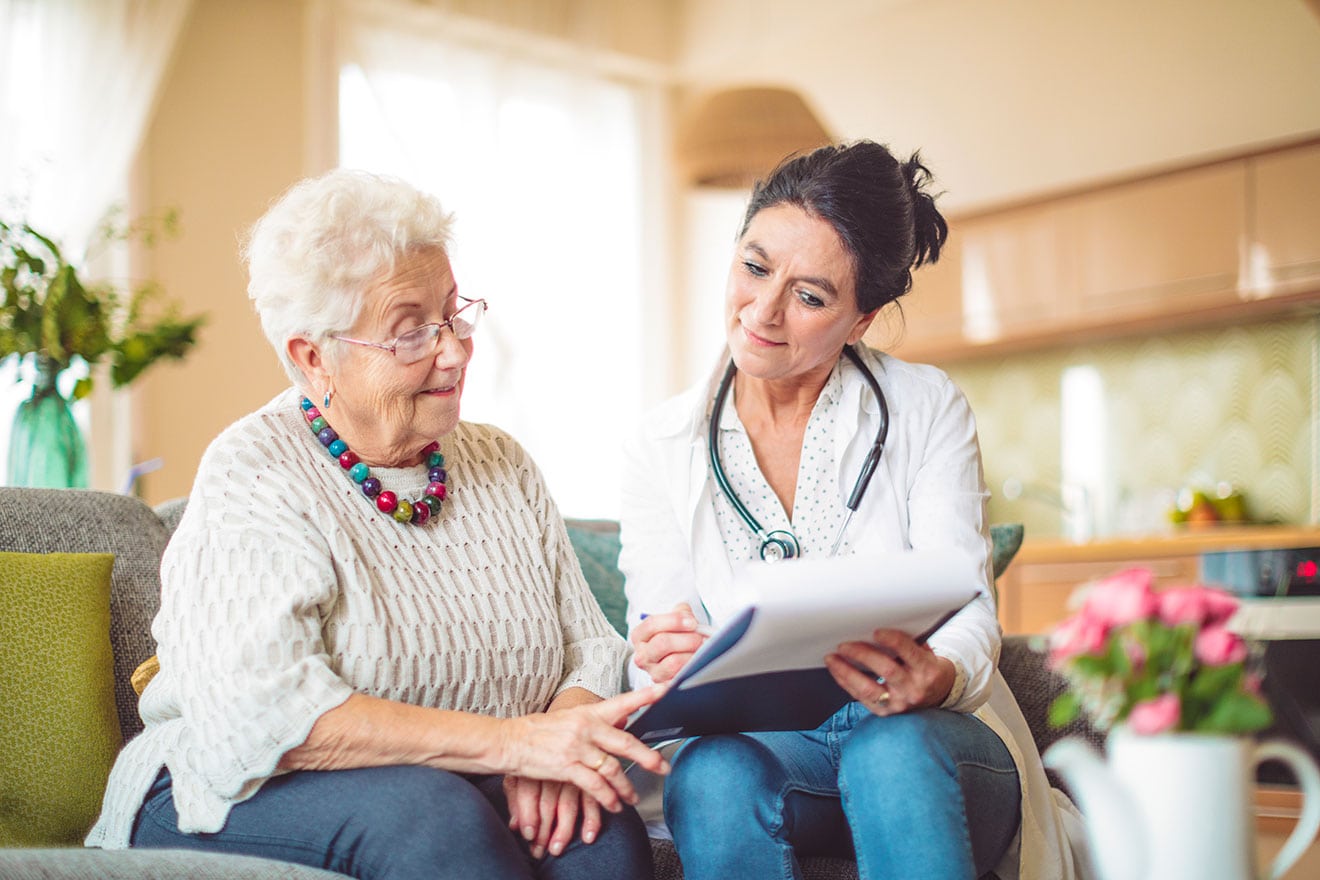 IORT for breast cancer (given via either the INTRABEAM® or Axxent® systems) involves the delivery of a single low dose of radiation to the cavity remaining in the breast after lumpectomy, while the patient is still in the operating room. This treatment has been publicized for its convenience and lower cost, compared with standard multiple-dose radiation therapy given over several weeks.

A large study of nearly 3,500 patients in 11 countries, called TARGIT-A (TARGIT stands for “targeted intraoperative radiotherapy”) reported that the estimated risk of cancer recurrence in the breast within five years after treatment was similar between women who received IORT at the same time as lumpectomy (3.3%) and women who had conventional external-beam radiation therapy (1.3%). (Lancet. 2014;383:603-13.) The TARGIT-A researchers concluded that IORT should be considered as a treatment option for eligible patients with breast cancer.

However, there are many concerns in the medical community regarding the design of the TARGIT-A study, the interpretation of its results, the way the radiation is delivered, and the effectiveness of the treatment, among other issues.

IORT is given before all surgical information is known

Traditionally, breast cancer treatments given after surgery are based on the analysis of certain features during and after the procedure, such as whether or not the patient has clean surgical margins or if cancer has spread to the nearby underarm lymph nodes. This information can only be determined by a pathologist, and the answers are not immediately available. Delivering a dose of radiation to the breast without knowing this information may make the area more difficult to treat later (for example, if another surgery is needed).

Some patients don’t need radiation therapy at all

There has been increasing focus on overtreatment of cancer and finding ways to predict which patients can get by with less intensive therapy. For example, a national multicenter study found that women over 70 years old with estrogen receptor-positive breast cancer, negative lymph nodes, and tumors less than 2 cm in diameter do not need radiation treatment after surgery. If IORT is given before all of this information is gathered, some women who receive it may not have actually needed radiation.

Lumpectomy is typically performed without general anesthesia, using local anesthesia and sedation (like a colonoscopy). Adding IORT to an operation doubles the amount of time in the operating room and requires the patient to receive general anesthesia, increasing the risk of side effects.

Radiation coverage may not be sufficient

IORT is given using a round applicator and assumes that the cavity remaining after lumpectomy is also evenly round. But in reality, most lumpectomy cavities are not perfect spheres. IORT radiation distribution may therefore be inconsistent due to inexact alignment between the cavity and the applicator.

Radiation dose may be too low

The area at highest risk of breast cancer recurrence extends up to 1 cm beyond the walls of the lumpectomy cavity. IORT uses relatively low-energy x-rays. The effective radiation dose drops dramatically within several millimeters of the surface of the IORT applicator and is generally considered to be ineffective for treating cancer cells located more than 1 cm away. The significance of this phenomenon in terms of patient outcomes is not yet known.

Twenty percent of patients in the study received external beam radiation therapy after IORT due to their pathology results, diluting the ability of the study to find a difference in recurrence rates between the IORT and external beam radiation groups. IORT didn’t work as well in women who had it applied during a second breast surgery, and as mentioned earlier, some patients who had it applied during their first surgery still needed a second breast surgery to remove more tissue.

Follow-up time was too short

Five-year recurrence was estimated because the patients in the TARGIT-A study were followed for an average of 2.5 years after treatment. In studies of breast cancer, conclusions are considered mature after 10-20 years of follow up.

TARGIT-A is a “non-inferiority” study

Non-inferiority studies are designed to see if one treatment is as good as (not better than) another therapy. While they do add to the body of evidence about a new approach, clinicians generally prefer not to base patient care decisions on a single non-inferiority study. More research is needed.

The Division of Radiation Oncology

The most advanced radiation therapy available today, finely targeting radiation to tumors with more precision than ever before.

A Multidisciplinary Approach to Cancer Care

Until more data are available and IORT techniques have improved, the 2018 American Society for Radiation Oncology guidelines suggest that IORT for breast cancer be used “only in the setting of a clinical trial”, where patients can be carefully monitored. The doctors at John Theurer Cancer Center agree with ASTRO’s recommendations and are determining whether to open a multicenter IORT clinical trial at our center.

How We Choose Your Radiation Therapy

When selecting the most effective radiation therapy for a patient, our doctors take into consideration a number of factors, including:

For many years, conventional radiation therapy has entailed daily treatments five days a week for six to seven weeks, which can be very tiring and inconvenient for patients. Studies have shown that receiving higher doses delivered over 20-21 sessions in just three to four weeks—hypofractionated radiation therapy or “Canadian fractionation”—is just as effective. At John Theurer Cancer Center, we use hypofractionated radiation therapy for most of our patients with breast cancer who need radiation. Some patients may not be candidates for this approach due to their size or shape and may therefore be at an increased risk of side effects. For them, we offer the standard six-to-seven week option.

We most often deliver radiation to the breast while the patient is lying on her stomach (“prone positioning”). The patient lies face down on a table with the treated breast hanging through an opening, allowing us to direct radiation to that breast while sparing lung and heart tissue and reducing the risk of late-term side effects. Patients receive radiation while lying on their backs (supine positioning) only when their shape and size, breast shape and size, or location of the tumor cavity indicate that prone positioning is not feasible. For them, we use special blocking devices in the machine to limit radiation exposure to the heart.

Brachytherapy involves the temporary or permanent implantation of radioactive substances to kill cancer cells. For some patients with breast cancer, we offer accelerated partial breast irradiation (APBI) brachytherapy, which reduces the length of treatment to just five days for many patients. Examples include Contura™ and MammoSite™, which each involve the placement of a catheter, balloon device, and radiation source directly into the breast cavity. Patients live with the balloon catheter protruding from the breast for nearly two weeks. However, the shorter treatment duration may make this treatment an option for women living in remote areas who may find it difficult to get to daily radiation treatments for several weeks at a hospital.

If you’d like to schedule an appointment for a breast cancer radiation therapy consultation at John Theurer Cancer Center or are interested in a clinical trial, Call 551-996-2210.

Our center is committed to continuous quality improvement and has launched the following Joint Commission Disease Specific Certification initiatives:

• “Ease of access” initiative to facilitate patient referral to our center by community doctors.

• Fatigue initiative to inform patients in advance of radiation treatment that they will likely feel tired during therapy, and to educate them about steps they can take to combat fatigue.

The medical oncologists at John Theurer Cancer Center collaborate with other members of your breast care team to choose the most appropriate medications for your type and stage of breast cancer.

The Right Medication for You

The Social Work Support Services team at John Theurer Cancer Center understands the challenges that a cancer diagnosis brings, and we provide emotional and practical support for you and your loved ones to help ease your journey with cancer.

With You Through Every Stage

Our goal is to treat your cancer, working very closely with other experts in your care, while taking into account all physical, functional, emotional, and quality of life aspects of your disease.

An Anchor of Cancer Treatment

Learn about all the ways we go above and beyond to make a difference in the lives of our patients and their families.

Every Patient Is a VIP