Dr. Laurie G. Jacobs is a nationally renowned geriatrician with an interest in the provision of care for older people, health systems, medical education and the use of anticoagulants for disease prevention and treatment in older adults. She has served as a Division Chief in Geriatrics, developing an expansive array of clinical and educational programs, Vice Chairman of Medicine for a major academic medical center overseeing clinical, educational and training programs for students, residents, fellows and practicing physicians. She has been the recipient of multiple grants for education, training, and clinical geriatrics programs as well as numerous awards and honors including the John A. Hartford Foundation Leadership and Senior Leadership Awards, the Harry H. Gordon Award for Outstanding Clinical Teaching and named to the Leo M. Davidoff Society for outstanding achievement in medical student teaching at Albert Einstein College of Medicine. Dr. Jacobs serves as the President of the American Geriatrics Society in 2018, and is a member of the editorial staff of The Journal of the American Geriatrics Society.

In 2016, Dr. Jacobs came to Hackensack University Medical Center and was appointed as Chair of the Department of Medicine at the flagship hospital of the newly created Hackensack Meridian Health system and to serve as the Founding Chair of the Department of Internal Medicine at the new Hackensack Meridian School of Medicine at Seton Hall. The Department of Medicine has an array of widely recognized outstanding clinical programs and had served as a site for training for residents and medical students for many years. Dr. Jacobs comments “my prior training and clinical work in geriatrics within an integrated health system, as well as my experience in academic internal medicine at a medical school and large residency training program, has served me well in collaborating with the talented leadership, clinicians, investigators and educators at Hackensack to create forward- looking high quality clinical, educational and investigational programs here for the future.” 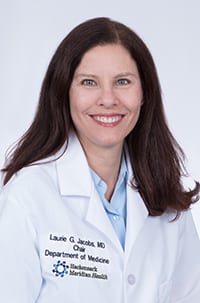 Dr. Korcak’s clinical and academic interests focus on hospital medicine and the practice of hospitalists, including their role in hospital systems and medical education. Dr. Korcak currently chairs the HUMC Department of Medicine Quality Council and is also the co-chair of the HUMC Peer Review Committee. Dr. Korcak resides in Tenafly, NJ and enjoys rooting for the Baltimore Orioles, as well as chasing after his two sons, Bruno and Rocco. 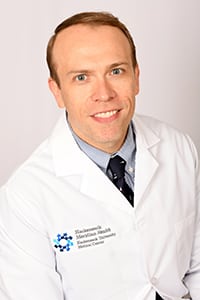 Dr. Saccaro has a long association with Hackensack University Medical Center. He did Clinical Clerkships during the summers of his Sophomore and Junior years of medical school, followed by his Medical Residency.

He was drafted into the United States Air Force during the call-up of physicians during the Vietnam War. He served in a large hospital on Chanute Air Force Base in Illinois for two years, where he treated a host of tropical diseases.

A Fellowship in Rheumatology followed his military service at New York University, Bellevue, Manhattan VA Hospitals. In 1970, he began practice in Internal Medicine and Rheumatology. Today his practice is limited to Rheumatology.

Presently, he is Vice Chairman of the Department of Medicine, where he interviews and presents all new members of the Department. Dr. Saccaro has been on the Faculty of the New Jersey Medical School since 1973, where he teaches Rheumatology to students and Medical Residents.

He was active in the Bergen County Medical Society where he served as President. As a member of the New Jersey Medical Society, he served on the Executive Committee and was on the State’s Delegation to the American Medical Association.

In the community of Hackensack, where he and his family have lived for almost 50 years, Dr. Saccaro served on the Board of Education for 15 years—three terms as President.

Dr. Saccaro’s wife, Ann Marie, is also active at the Medical Center. She is a Trustee of the Foundation Board, Past President of the Auxiliary, and a Eucharistic Minister in the Pastoral Care Department.

Dr. and Mrs. Saccaro are very proud of their four children, their spouses, and ten grandchildren. 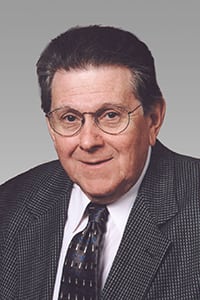 Dr. Marygrace Zetkulic is a General Internist and Director of Medical Education for the Department of Medicine at Hackensack University Medical Center. In this role she is the founding Program Director for a new Internal Medicine Residency Program at Hackensack University Medical Center. She is part of the founding faculty of a new Medical school at Seton Hall University in New Jersey working on curriculum for the new school. Dr. Zetkulic served on the team studying the utility of the R2C2 approach to feedback at the Graduate Medical Education level, funded by a Stemmler Grant. Formerly, Dr. Zetkulic was Associate Program Director for Rutgers-Saint Peters University Hospital Internal Medicine Program, where she was responsible for assessment, feedback and the implementation of milestones for the Rutgers-Saint Peters program. Dr. Zetkulic has worked with the Foundation for the Advancement of International Medical Education and Research (FAIMER) since 2012, mentoring international faculty in medical education research. Dr. Zetkulic’s research interests are in feedback, coaching and assessment of communication skills. 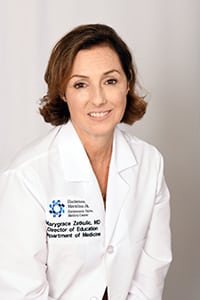