In time, gravity, sun exposure, and the stresses of daily life take their toll on our faces and necks. Deep creases appear beside the mouth, the jaw line slackens and becomes jowly, and the neck develops loose folds and fat deposits. Facelifts counteract these signs of aging by tightening muscle, removing fat, and trimming excess skin, giving your face a fresher, youthful look. After surgery, some patients look 10-15 years younger.

What can a facelift do for you?

Facelifts, technically known as rhytidectomies (literally, “removal of wrinkles”), rejuvenate the mid- to lower face and neck. Facelifts are most effective for patients who want to correct:

Facelifts can produce a dramatic improvement in appearance for patients with the problems mentioned above. However, facelifts do not stop the aging process; in time, signs of aging will gradually appear once again. Further, facelifts will not rejuvenate the brow, eyelids, nose, and some of the midface. Patients who want to improve these areas may consider combining a facelift with a brow lift or eyelid surgery (blepharoplasty). Injectable soft-tissue fillers, facial implants and skin resurfacing can also enhance the effects of a facelift. 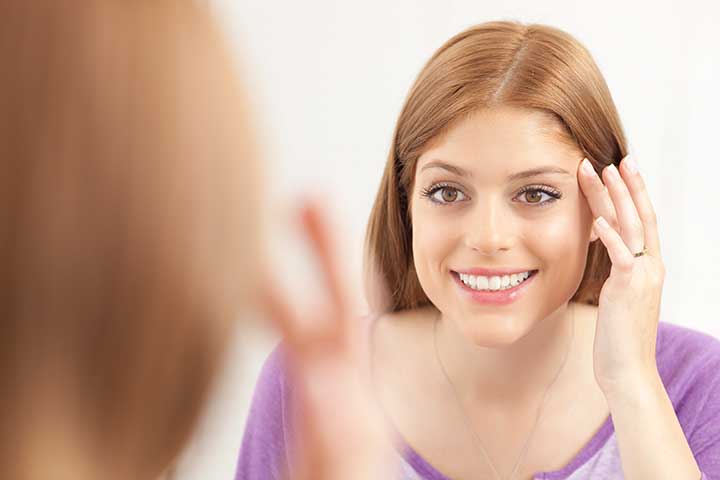 Ear surgery, or otoplasty, is a cosmetic procedure to improve the appearance of a person’s ears. Otoplasty does not affect hearing, but it can provide many psychological benefits to anyone concerned about the size or shape of their ears, has had a serious ear injury, or simply wants to improve their appearance.

For patients of all ages

Are You a Candidate?

The best candidates for rhytidectomy:

During your consultation, your surgeon will discuss whether a facelift is right for you.

How is a rhytidectomy performed?

Facelifts are typically outpatient procedures and may be performed in an office-based facility, surgery center or hospital. Patients may have a choice of IV sedation or general anesthesia. The procedure takes about two hours.

The way a facelift is performed varies depending on the surgeon, the patient’s facial structure, and the extent of correction desired. The three most common incision techniques are:

In all three methods, incisions are closed with stitches or tissue glue. Scars are hidden in the hairline and natural contours of the face.

After your rhytidectomy, your surgeon will wrap the incisions in bandages and may place drainage tubes in the area. The tubes will be taken out the next day, when your hair will be carefully washed. If surgical clips are used to hold the incisions closed, they will be removed one week after the facelift along with your stitches.

At first, you may experience swelling, numbness, bruising, and a feeling of tightness or tension in the face and neck. Your face may look uneven or distorted, and your facial muscles may feel stiff. Most of these usually resolve within 3-6 weeks, and sensation typically returns to normal within a few months. Scars become less red, raised, lumpy or itchy in time.

Many patients return to work by the third week. Camouflage cosmetics can be used to minimize the appearance of bruising.

You should be gentle with your skin and hair as you recover. Men may need to shave behind the neck and ears where areas of beard-growing skin have moved.

How long do the effects of a facelift last?

Results of a facelift do not last forever. You may want to have another procedure in five or ten years. But in another sense, the effects are permanent; years later, your face will continue to look better than if you had never had a facelift.