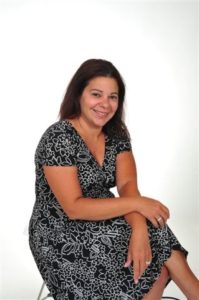 The numbers make a difference. According to Abdulla Al-Khan, M.D., Director of the Division of Maternal- Fetal Medicine and Surgery, there were nearly 6,300 births at HackensackUMC last year, the most in New Jersey. As a result, Dr. Al-Khan and his colleagues see more surgical and medical complications in the course of treating these patients than most other physicians, and they have developed a deep and sympathetic understanding of the difficult decisions that young families face.

Jenny Stambolus learned that she was diagnosed with Placenta Percreta.

“Not that long ago I sat opposite a series of doctors who offered me little hope. That is such a difficult position – to be holding life in your womb with the knowledge that death is such a real possibility,” says Jenny. All of this changed when Jenny began to receive treatments under the care of Dr. Al-Khan at the Center for Abnormal Placentation.

“This was a very emotional time for her,” says Dr. Al-Khan. “Because it is so powerful, the impact of modern medicine goes far beyond the physiological. It touches on a host of very sensitive social, ethical and religious issues.”

“Dr. Al-Khan was the one bright spot in those months of dreadfulness. A beacon of hope, strength, and positive thoughts,” says Jenny.

Dr. Al-Khan is an expert in the diagnosis and surgical management of placenta accreta; with a proven record of all positive outcomes and no mortalities. “I chose women’s health because it is all about the next generation,” Dr. Al-Khan says. “It is only by providing good healthcare for mothers that we can hope for a better future.”